This week I sat in on the first of the three "Using RDA: Moving into the Metadata Future" webinars being hosted by ALA. This one was hosted by Karen Coyle with the title New Models of Metadata where she talked about library-specific efforts such asRDA and FRBR as well as the linked data effort in the wider world of information. There was a great deal of concern expressed in the chat window by participants about the future of cataloging, of cataloguers, and of MARC. The latter brought up memories of Roy Tennant's "MARC Must Die" declaration. My take away, though, isn't that MARC is dead as much as MARC is a dead end. 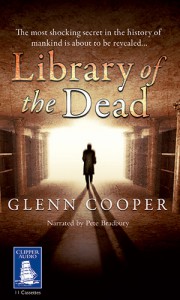 MARC, not dead yet?

We know that MARC isn't dead; the communications format, along with its AACR2 companion rules for describing bibliographic resources, are deeply and daily ingrained in our systems and processes. For the same reasons, I think it is fair to say that MARC isn't dying. (The fate of AACR2 with respect to RDA may be a little closer to the edge.) What I propose, though, is that MARC is a dead end. Karen makes a comment -- On the brokenness of MARC -- that starts to enumerate some of the basic issues with the MARC format. (Karen's writings from 10 years ago lists even more details.) Also, as Karen pointed out in her presentation (and many others have done before her), MARC is a format that is only used in the library community. As a communications format, it is cumbersome -- requiring those outside the library community to use custom code toolkits to read and write the format. That is a pretty high barrier for the wider world to want to use library bibliographic data encoded in MARC.

What trips up our community even more, I think, is that we have a tendency to equate this communications format with mental model of how we describe things from a bibliographic point of view. We think of discrete records that describe these things rather than a network (or, more accurately, a graph) of interrelated nodes. This forces us to focus on the textual content of fields and not on the relationships between things. And in doing so, we are not making the best use of our limited efforts to describe the things in our curatorial care.

MARC may not be dead, but it is a dead end.

I’m finding it valuable to create annotations on resources to index into my personal knowledge management system. (The Obsidian journaling post from late las...

Earlier this week, NISO held its one-day NISO Plus Forum for 2022 . This was an in-person meeting that is intended to feed into...

The People of Ukraine are not forgotten. The Tufts University newspaper published an article this week about a multinational effort to preserve the digita...

The first story below is one from National Public Radio on Ukraine libraries’ efforts are undertaking. Let’s not forget the terror they are facing, the peop...