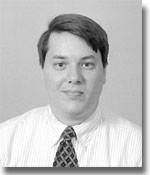 Of at least equal importance with his entertainer’s cap was the jester’s function as adviser and critic. This is what distinguishes him from a pure entertainer who would juggle batons, swallow swords, or strum on a lute or a clown who would play the fool simply to amuse people. The jester everywhere employed the same techniques to carry out this delicate role, and it would take an obtuse king or emperor not to realize what he was driving at, since “other court functionaries cooked up the king’s facts for him before delivery; the jester delivered them raw.” An informal survey of the man in the street has shown that most people will pinpoint the jester’s right to speak his mind as one of his salient characteristics.
Beatrice K. Otto
Fools Are Everywhere: The Court Jester Around the World
ISBN: 0-226-64091-4, ©2001,

Find in your library

Does one need to mention anymore that the world is changing? At least in libraries and in higher education, the question is moot — if you haven’t felt the change, then you should get out of the office more often. Perhaps a better question to ask is whether these changes are small, incremental and ultimately taken in stride, or are the changes large, radical, and ultimately disruptive (or destructive) to the institutions we recognize today.

The Disruptive Library Technology Jester (DLTJ) blog is all about exploring the expanse between those two points, with a tendency towards the disruptive (but not destructive) side of the spectrum. At times, ideas and concepts are offered as straw-men — to be ripped apart and dismissed as fantasy or a hoax. Other times, the ideas and concepts are fundamental to the author’s perception of the order of the universe — and to dispute them is tantamount to questioning the author’s grasp on reality! But, as you might expect from someone playing the role of the court jester, it is up to you to figure out the meaning behind the words.

First and foremost, though, DLTJ serves as a scratch pad for my ideas, concepts, and references to knowledge passing by that may need to be reference again. The views expressed here are those of the author, not the author’s employer, and reuse of materials from DLTJ must follow the Creative Commons Attribution-NonComercial-ShareAlike license. Contact me to seek permissions outside those granted by this Creative Commons license.

You may be wondering about the meaning behind the tagline for DLTJ:

We’re Disrupted, We’re Librarians, and We’re Not Going to Take It Anymore

If you’ll pardon the crude analogy, I’d like to borrow from Elisabeth Kübler-Ross’ On Death and Dying – the Five Stages of Grieving: “The five stages, denial, anger, bargaining, depression and acceptance are a part of the framework that makes up our learning to live with the one we lost.”

Without intending disrespect for Dr. Kübler-Ross’ work and the seriousness surrounding the death of loved ones, I offer that the library profession is in mourning – mourning a time when users had to use information our way. A time when they came, seemingly eagerly, to bibliographic instruction sessions to learn about how to use our tools. A time when the library was a place to do serious research and the social hub atmosphere was secondary; not the reverse as is sometimes described today. A time when we were “in the loop” of research because our scholars had no choice but to come to us for some of the raw materials as they build new knowledge.

Well, the times, they are a-changing.

Over the course of the past decade or so, I’ve put thoughts to bits-on-disk on why, in Christensen meaning of the term, the library profession is facing time of disruptive technology. But if you take for granted for a moment that you feel disrupted – a kind of loss – where do you fit in these stages?

Denial
Perhaps you don't think you are being disrupted. Or perhaps you think it is only happening to the institution down the road, or across the state, or to only the public/academic/school librarian (pick one you are not). Yet how do you account for the drop in gate counts? Or the decrease in reference questions, yet the ones you get are of a more sophisticated nature than you used to get ([anecdotally](http://web.archive.org/web/20090710200048/http://chronicle.com/free/v48/i12/12a03501.htm "The Chronicle: 11/16/2001: As Students Work Online, Reading Rooms Empty Out -- Leading Some Campuses to Add Starbucks"), at least)? Or the [decline of circulation in the median ARL Library](http://fisher.lib.virginia.edu/cgi-local/arlbin/arl.cgi?task=rungraph&version=multivar&begin=1995&end=2004&id=9999&var=totcirc&denom=NONE)?
Anger
Who created this darn internet thing anyway? Don't patrons know that we have the best stuff? All of that information out there on that internet thing can't be trusted. You'll come back to us soon, and we'll teach you how to search for information the right way.
Bargaining
Hmmm -- okay, the patrons are out there using Google. Let's links to all of our content in Google and lead them back to us. They'll want to stick around when they come through the Google door, then we can teach them how to search for information the right way.
Depression
They didn't come back. Is there a future for libraries? Will we just become the place for musty old books?
Acceptance
Now let's talk. We’re Disrupted, We’re Libraries, and We’re Not Going to Take It Anymore.

What stage are you in?